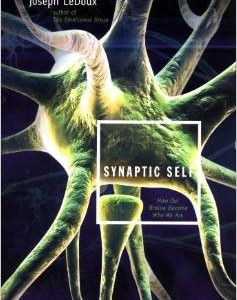 How Our Brains Become Who We Are

How Our Brains Become Who We Are

Ranging widely through philosophy, literature, and the history of science, LeDoux examines how we have conceptualized the relationship between brain and self through the centuries. His own contribution, based on two decades of research, begins with the startlingly simple premise that the self-the essence of who a person is-intricately reflects patterns of interconnectivity between neurons in the brain. Synapses, the spaces between neurons, are not only the channels through which we think, act, imagine, feel, and remember, but also the means by which we encode our most fundamental traits, preferences, and beliefs, allowing us to function as a single, integrated individual-a synaptic self.

As LeDoux brilliantly argues, a synaptic self does not exclude other ways of understanding existence-spiritual, aesthetic, moral-but rather it enriches and broadens these avenues by providing a neurological/psychological construct grounded in the latest research in biology. Rather than join the age-old debate on whether nature or nurture is more determinative, LeDoux posits that both genes and experience contribute to synaptic connectivity. Mind expanding in every sense of the word, Synaptic Self represents an important breakthrough in one of the last frontiers of medical research.

There are no reviews yet.

Be the first to review “Synaptic Self” Cancel reply